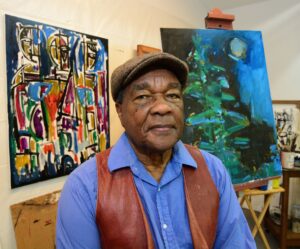 Born in 1931 into a family of Georgia sharecroppers, David C. Driskell became a renowned painter, collector of art, and one of the leading authorities on the subject of African American art and the black artist in American society. His paintings can be found in major museums and private collections worldwide. His contributions to scholarship in the history of art include many books and more than 40 catalogues for exhibitions he curated throughout his career and his essays on the subject of African American art have appeared in major publications throughout the world. In establishing the Driskell Center, the University of Maryland has proudly taken up Driskell’s challenge to “grow the field.”

Prof. Driskell studied at Skowhegan School of Painting and Sculpture in Maine and received his undergraduate degree in art at Howard University (1955) and a Masters in Fine Arts degree from Catholic University (1962). He joined the faculty of the Department of Art at the University of Maryland in 1977 and served as its Chair from 1978-1983. He has been a practicing artist since the 1950s and his works are in major museums throughout the world, including the National Gallery of Art, the High Museum of Art, and Yale University Art Gallery, to name a few.

In 1976, Driskell curated the groundbreaking exhibit “Two Centuries of Black American Art: 1750-1950” which laid the foundation for the field of African American Art History. Since 1977, Prof. Driskell has served as cultural advisor to Camille O. and William H. Cosby and as the curator of the Cosby Collection of Fine Arts. In 2000, in a White House Ceremony, Prof. Driskell received the National Humanities Medal from President Bill Clinton. In 2007, he was elected as a National Academician by the National Academy.
Born in 1931 in Eatonton, Georgia, Driskell was educated at Howard University and received a Master of Fine Arts degree in 1961 from The Catholic University of America in Washington, DC. He held the title of Distinguished University Professor of Art, Emeritus, at the University of Maryland, College Park. He was the recipient of the Distinguished Alumni Award in Art from Howard University in 1981 and from The Catholic University of America in 1996. In October 1997, Driskell was awarded the President’s Medal, the highest honor the University of Maryland bestows on a member of its faculty. He received the Presidential Medal from William Jefferson Clinton in December 2000 as a National Endowment for the Humanities recipient. Upon his retirement from teaching at the University of Maryland in 1998, The David C. Driskell Center for the Study of the African Diaspora was founded to promote his scholarship and service to the University.

Trained as a painter and art historian, Driskell works principally in collage and mixed media. His paintings and prints have been featured in numerous solo and group exhibitions in galleries and museums throughout the USA, including the Corcoran Gallery of Art, the Baltimore Museum of Art, the Oakland Museum and the Whitney Museum of American Art. He has been the recipient of several foundation fellowships among which are the Harmon Foundation, three Rockefeller Foundation Fellowships and the Danforth Foundation. 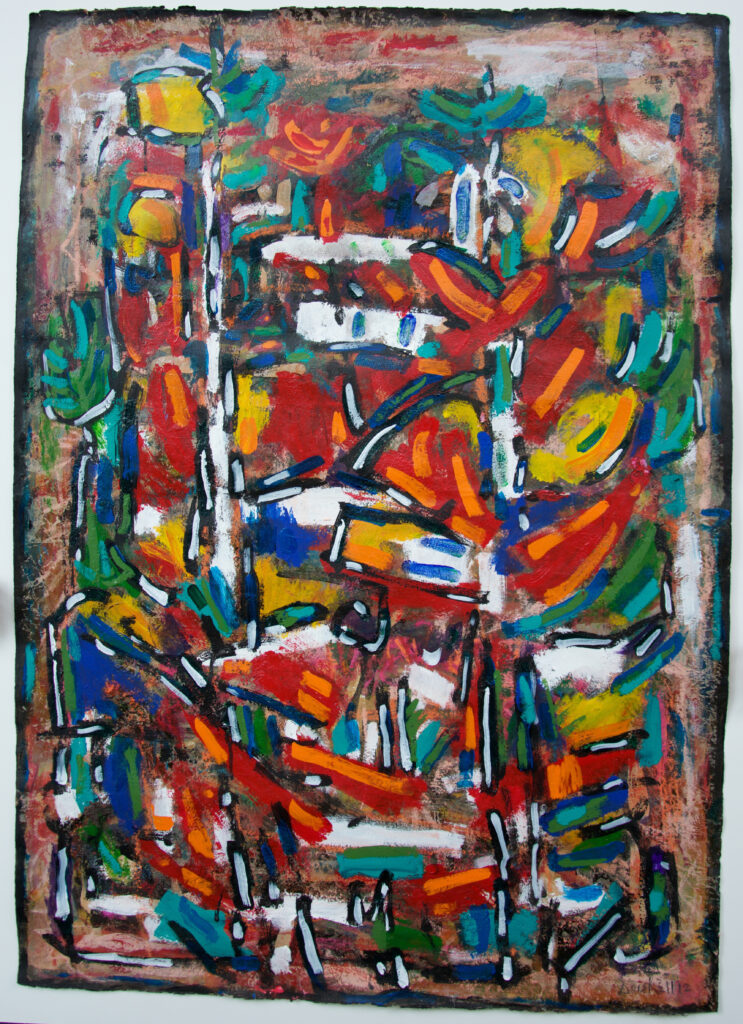 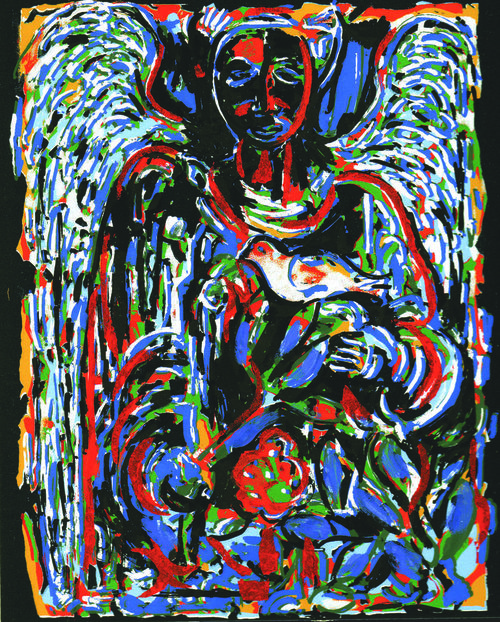 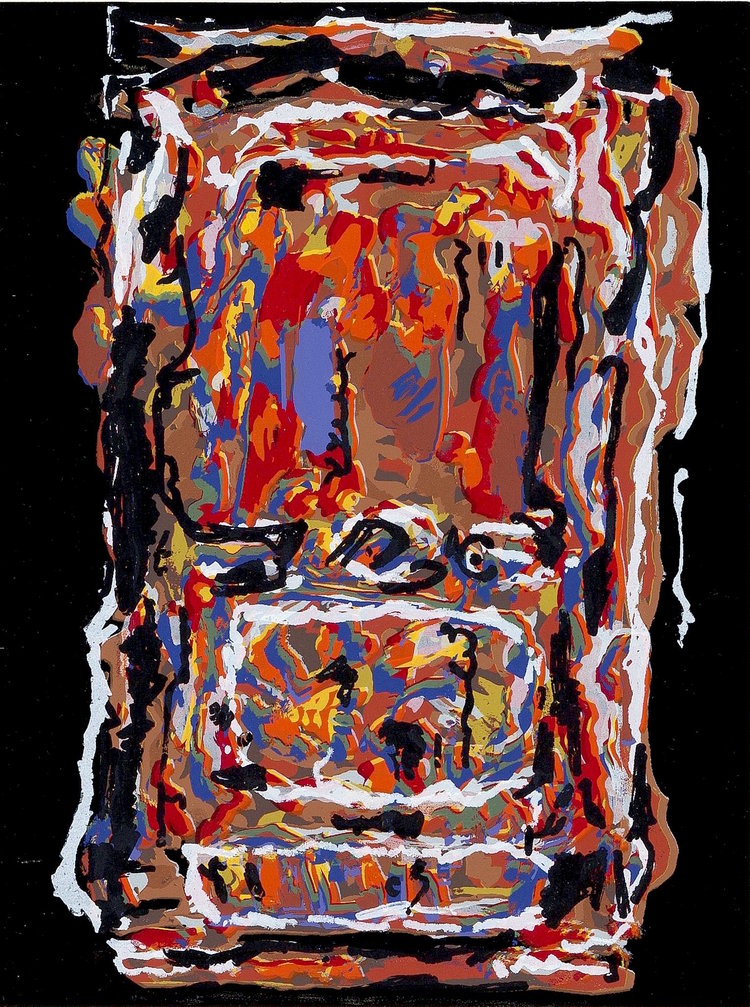 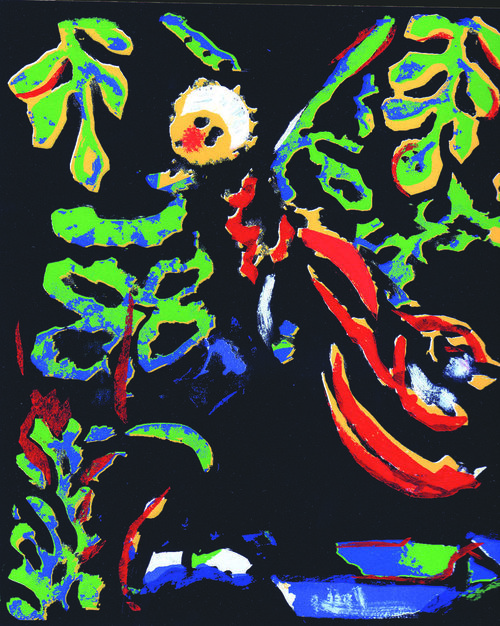 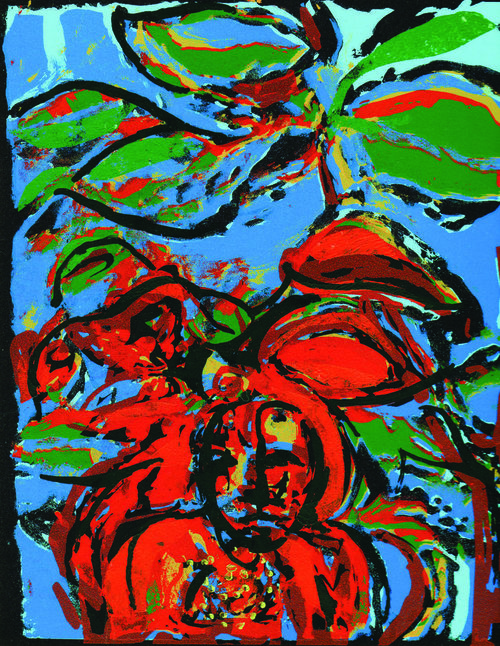 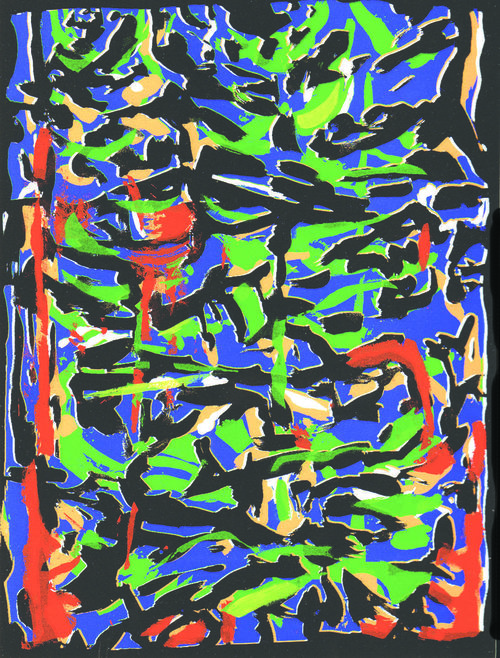 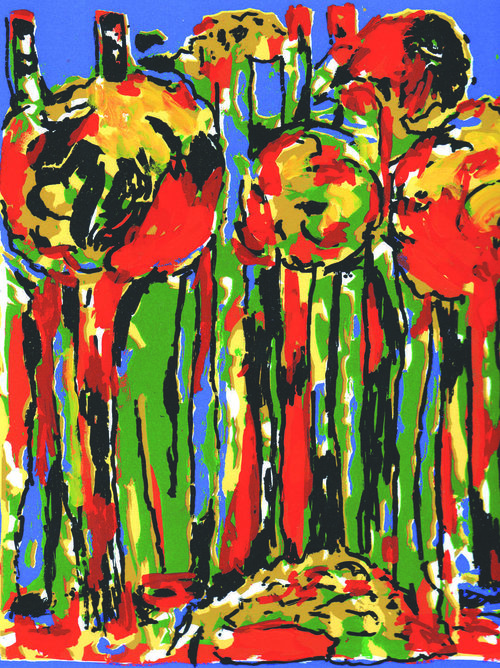 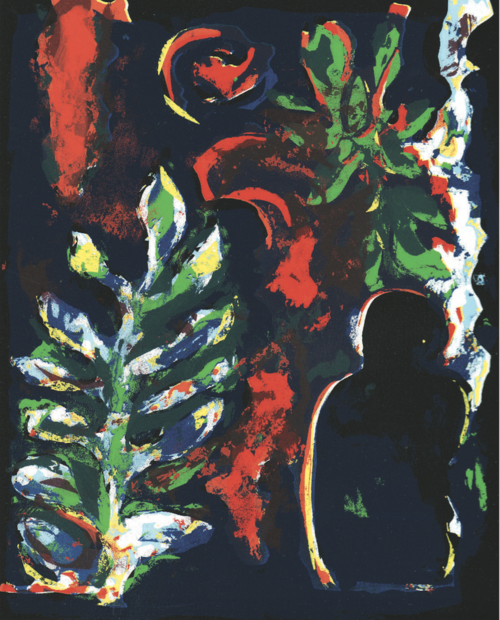 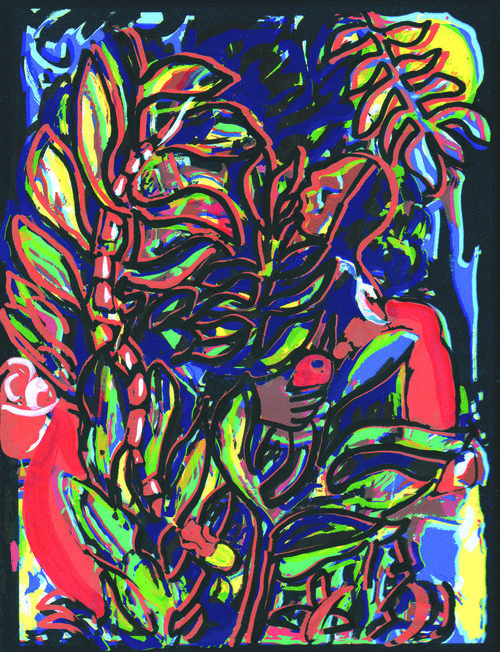 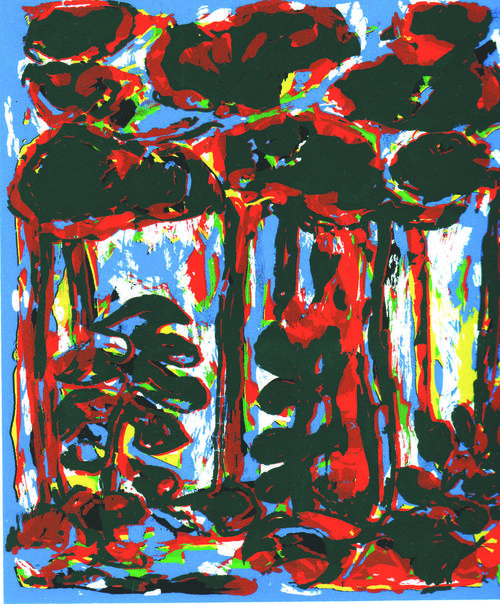 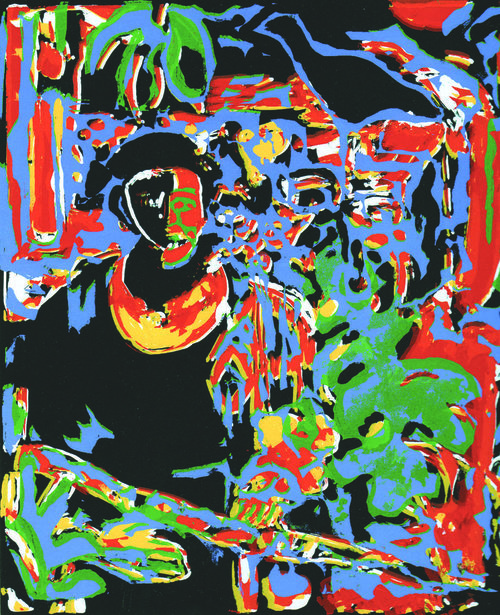 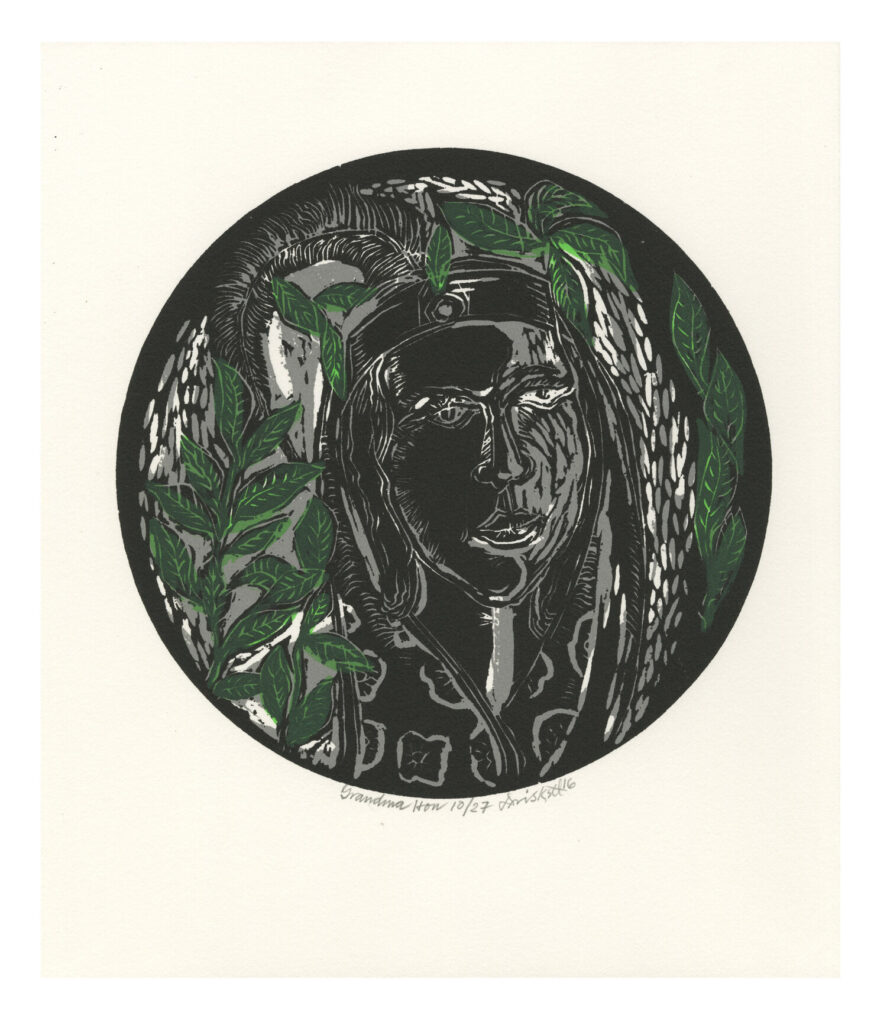 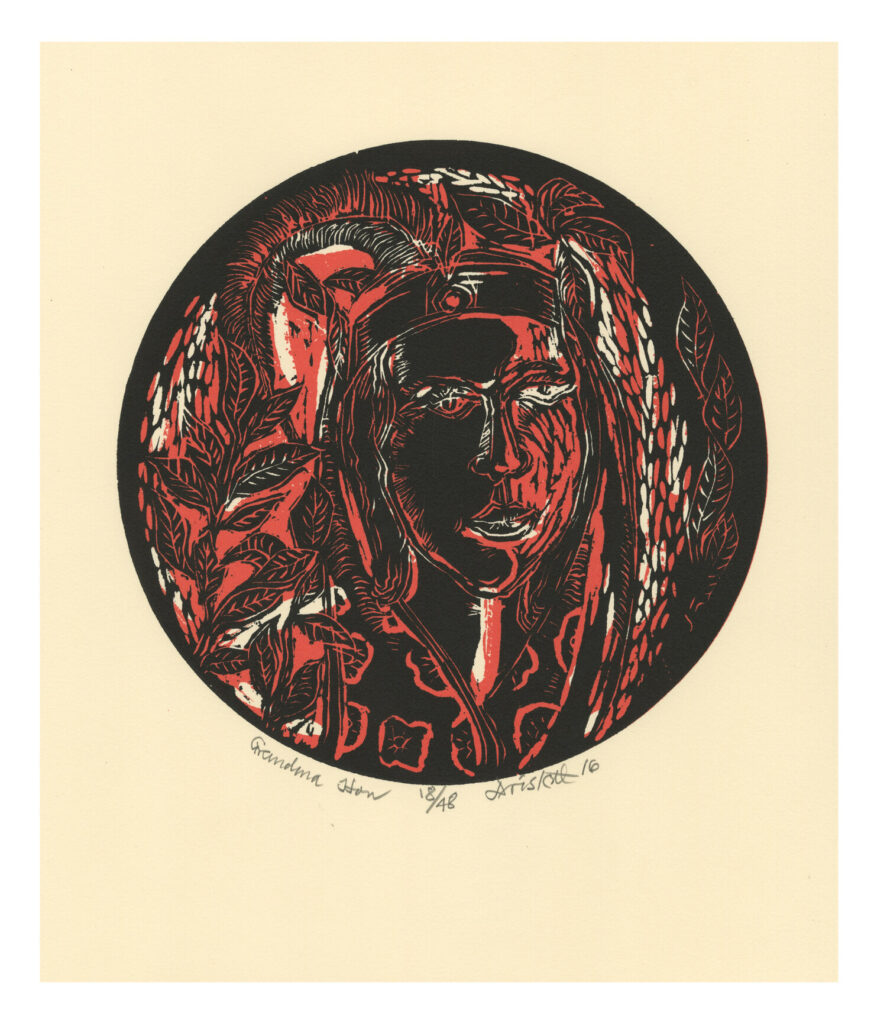 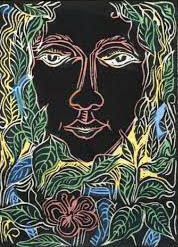 Jacob Wrestling with The Angel 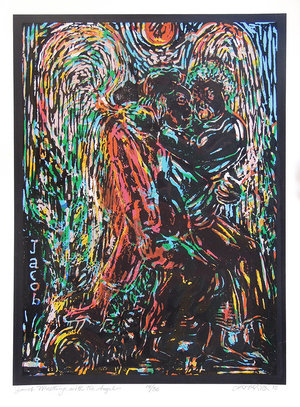 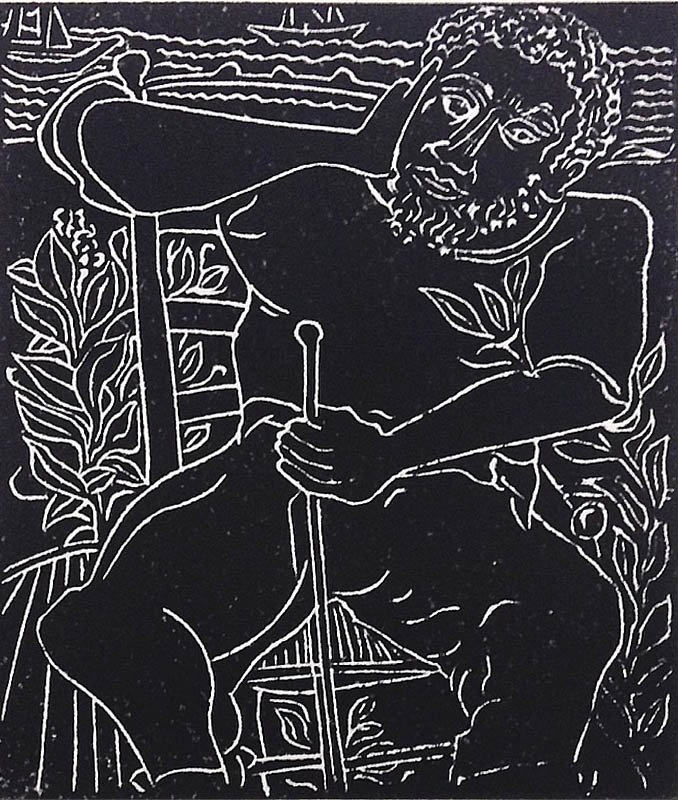