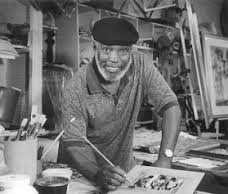 James Denmark was born in Winter Haven, Florida in 1936. Denmark’s grandmother, a wire sculptor and quilt artist, exposed him to color and form at an early age. He was also influenced by his grandfather, a bricklayer noted for his unique custom design molds. Denmark attended Florida Agriculture and Mechanical University (FAMU) in Tallahassee, Florida on a sports scholarship, while pursuing a Bachelor of Fine Arts Degree. Denmark studied under the artist and acclaimed African-American art historian, Dr. Samella Lewis. After graduating from FAMU, Denmark moved to Brooklyn, New York and began a career as an art teacher in the public school system. From 1973 to 1976, Denmark earned his Master of Fine Arts Degree at the prestigious Pratt Institute of Fine Arts in New York. While at Pratt, Denmark was heavily influenced by the abstract expressionists, admiring such mainstream artists as Jackson Pollock, Clifford Still, William deKooning. The African-American masters Norman Lewis, Romare Bearden, Jacob Lawrence and Ernest Crichlow instilled in him an appreciation of African/American artistic heritage. Denmark’s work underwent a stylistic transition at this time, as he began experimenting with collage. Prior to this period, he worked primarily in watercolors and charcoal. Denmark has a natural affinity for the difficult and largely improvisational medium of collage and quickly developed his own unique and easily identifiable style. With brightly handcolored papers, fabric and objects, Denmark creates compositions that go beyond the superficial and transitory and focuses, instead, on what is eternal and universal. Denmark has had over 60 one-man exhibitions and has participated in numerous group shows. Works of art by James Denmark are a part of well recognized private and corporate collections in this country, as well as in Mexico, South Africa, Europe, Japan and Africa, including New York’s Metropolitan Museum of Art. Denmark has received numerous awards and recognitions including the 39th Annual Printing Industry Award given by the Schomburg Center for Research in Black Culture The Living Legends Award presented by the National Urban League. 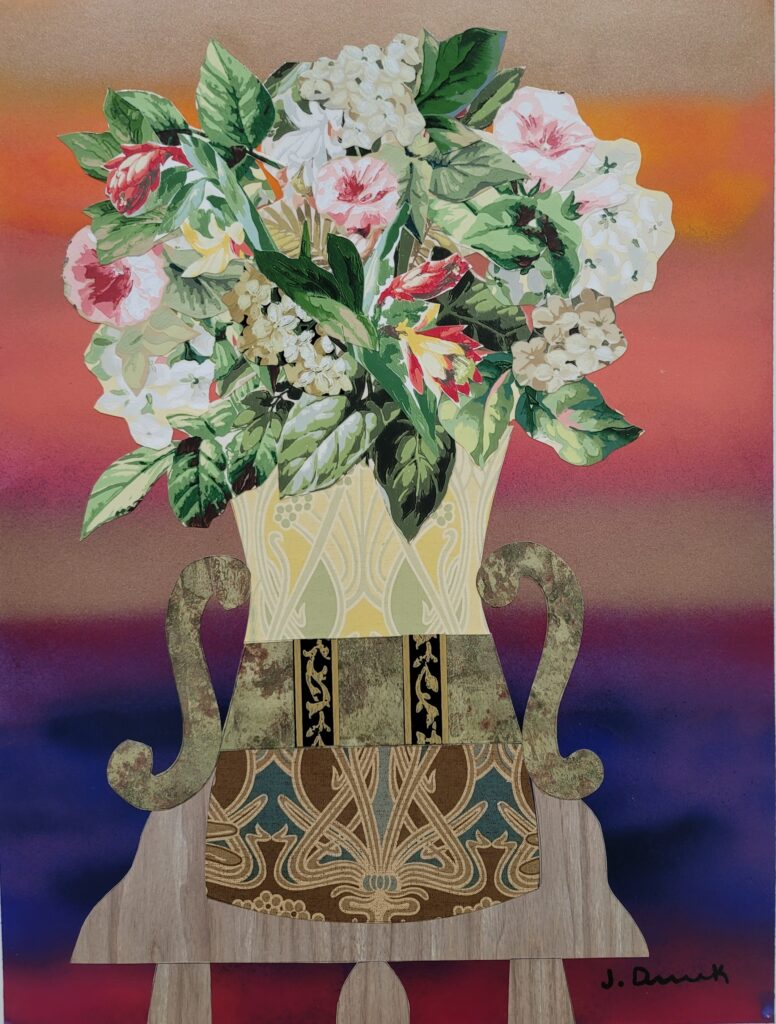 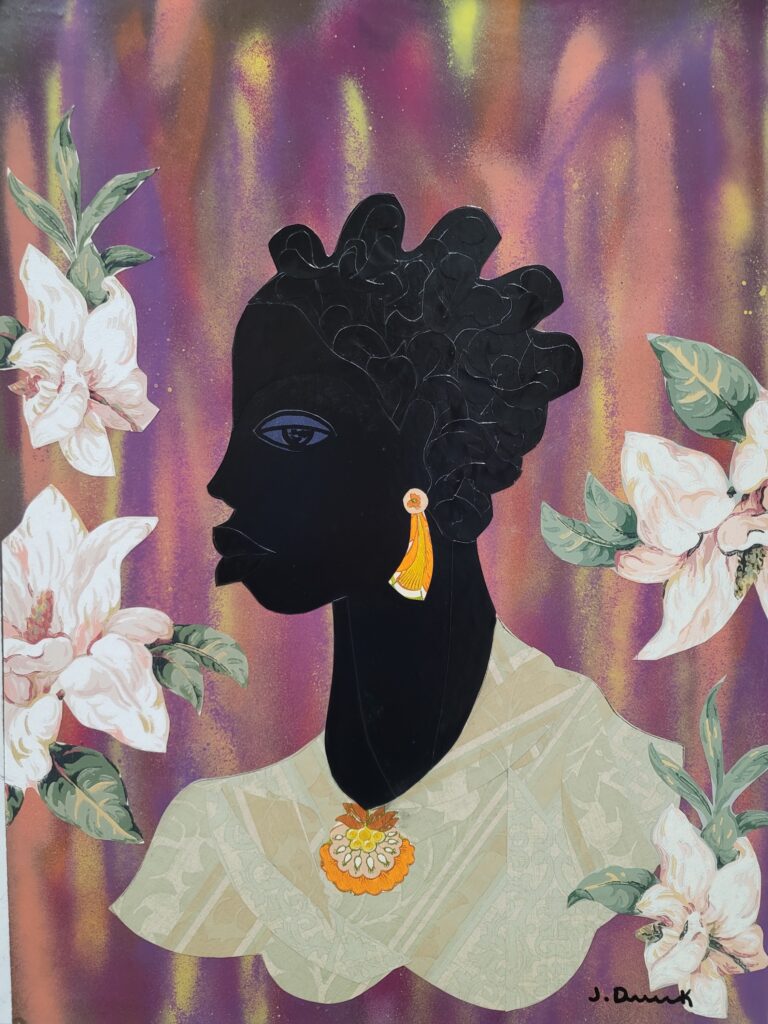 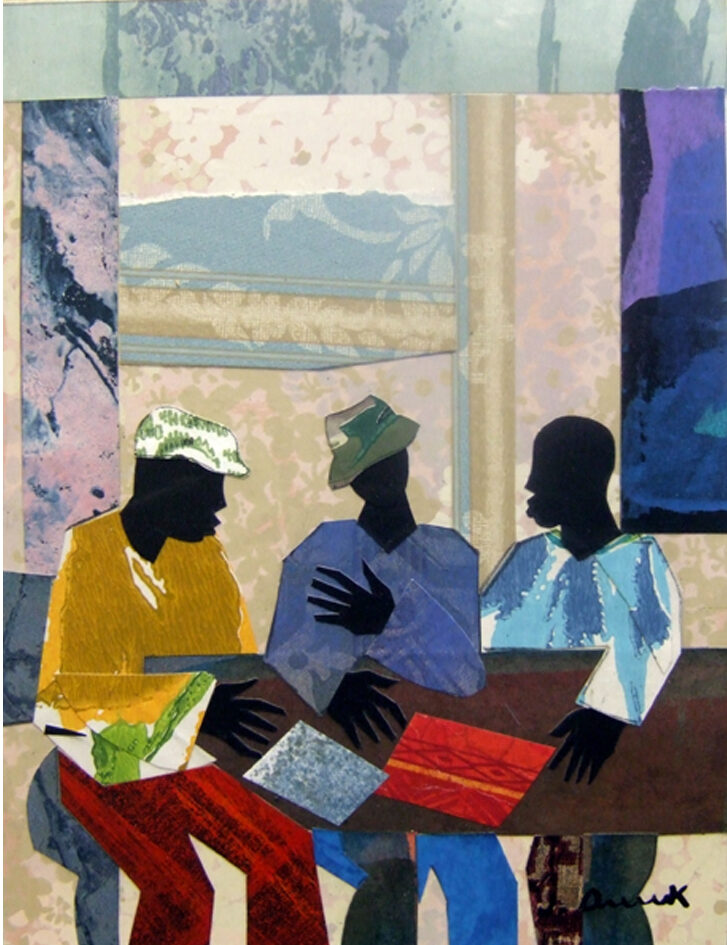 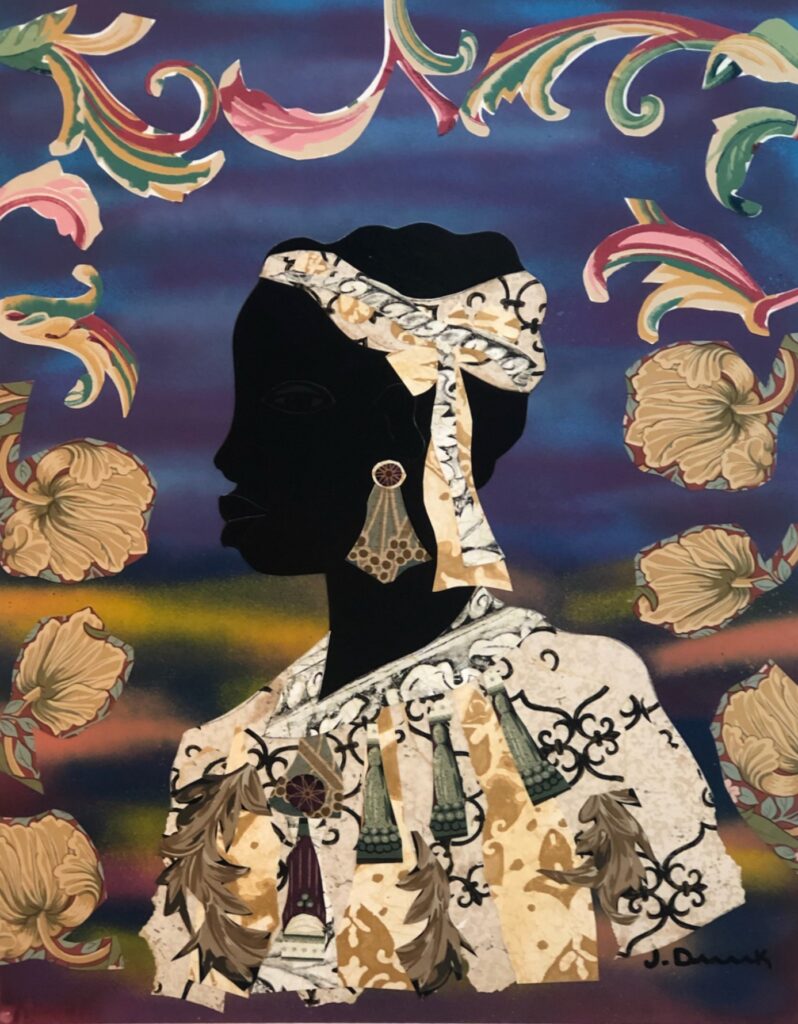 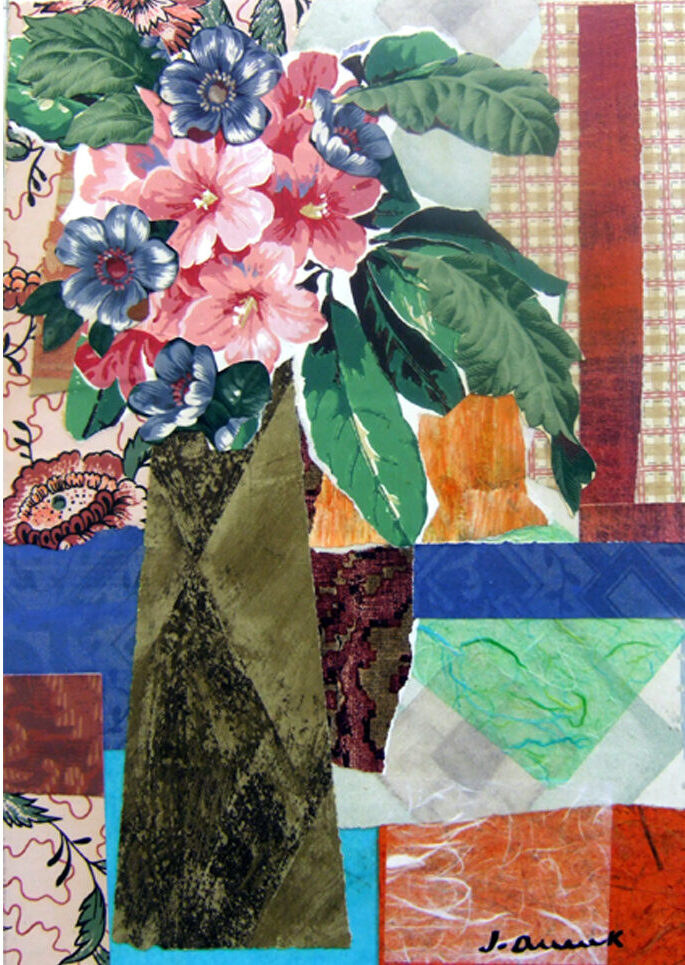 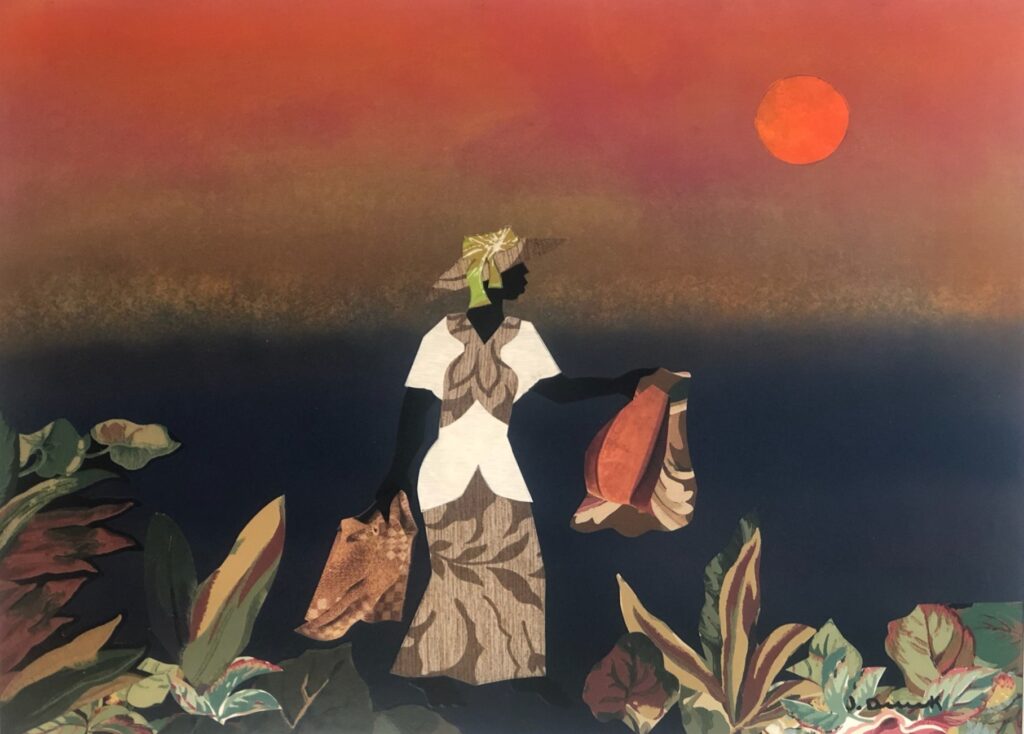