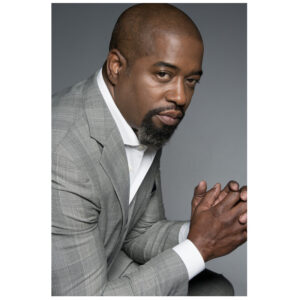 Kevin A. Williams better known by the art moniker WAK, his initials backwards, is an American painter and businessman from Chicago’s Southside. He is one of the most celebrated figurative storytellers of this era. His 50 urban art prints are the most widely circulated African American art prints in the world. At the age of 15, he started working as an artist, on Chicago’s Historic East 87th Street Black Business District, drawing and painting images for clothing boutiques and hair salons. At 19, he became a cosmetology illustrator for Soft Sheen hair products which eventually led to a commission from Alberto Culver USA, to create “Standing Appointment” which depicts 4 women under hair dryers, for their Motions hair care line. It is regarded the most popular art image in the history of the hair care industry. While developing his fine art line, Williams worked exclusively with the late ActorComedian Bernie Mac as his personal artist for over 15 years, creating over 20 original paintings, including a very important piece commissioned by the ActorComedian as a gift for Oprah Winfrey. The piece titled “Anointed Gift” was unveiled on Oprah’s televised 50th birthday celebration, and was regarded by her as “the most amazing gift”. This amazing gift currently hangs in the lobby of Winfrey’s Leadership Academy for Girls in South Africa. In November 2009, E&S Gallery secured a commission for Williams from the Professional Golf Association (PGA). The image is a tribute to Ted Rhodes, John Shippen, and Bill Spiller, the first African-American inductees to the PGA who were denied membership during their professional careers, and also features honorary member, heavyweight boxing champion Joe Louis. This historical commission made Kevin A. Williams the 1st African American artist to have a painting to permanently hang in the PGA National Museum in Port St. Lucie, Fla. Williams is quickly gaining notoriety for his soul stirring line of fine art, depicting African American history from a social political point of view, as it relates to the inevitable victory of African American culture in modern times. He currently resides in Lithonia, GA with his wife, son, and daughter. 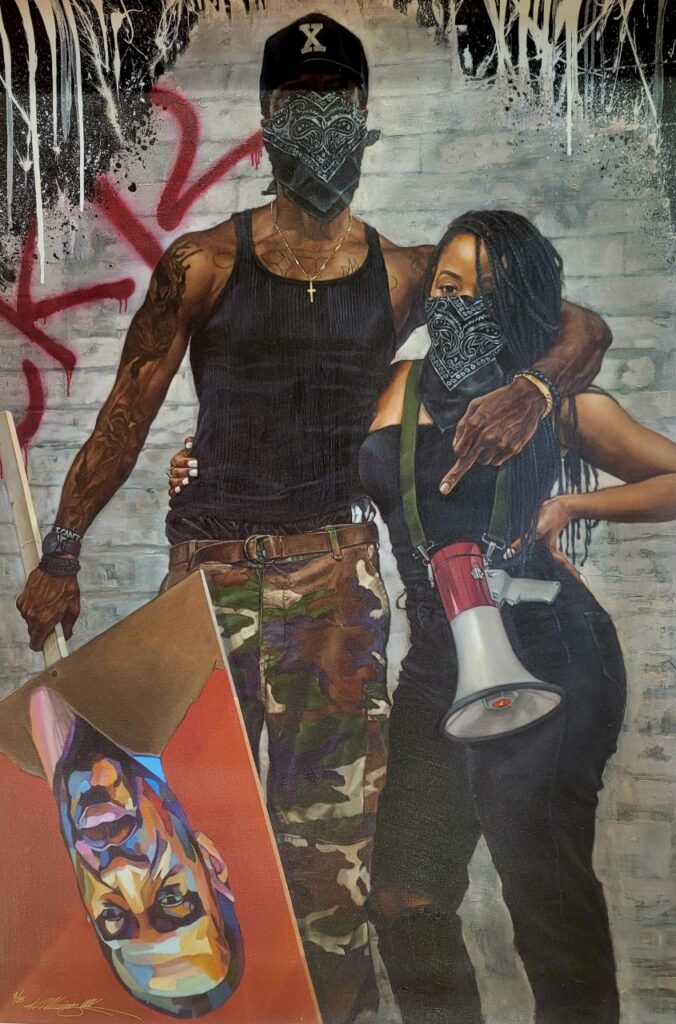 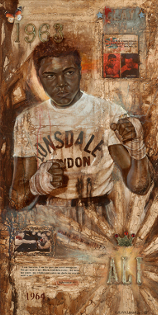 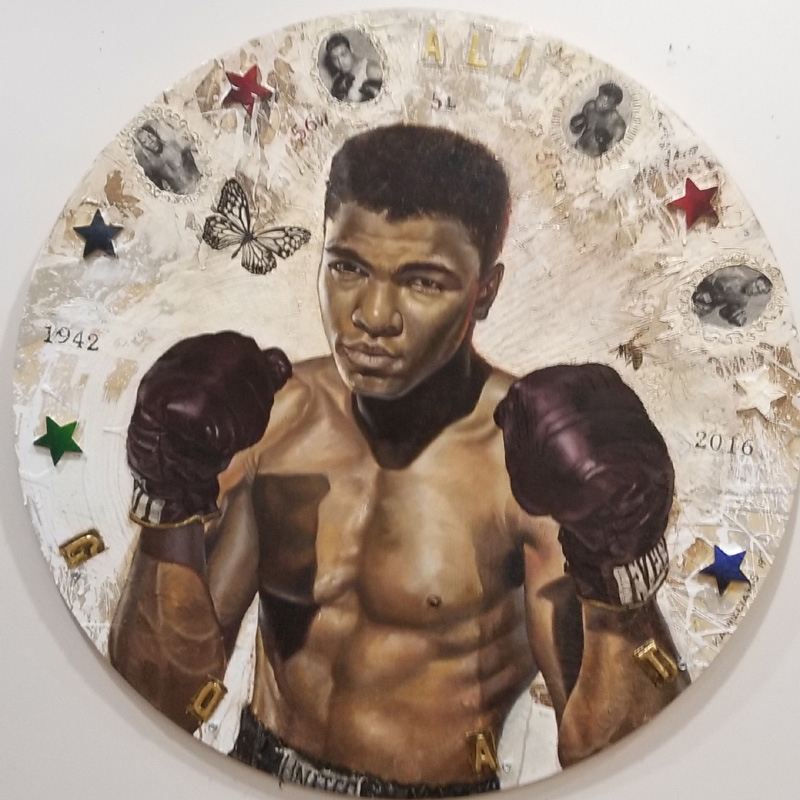 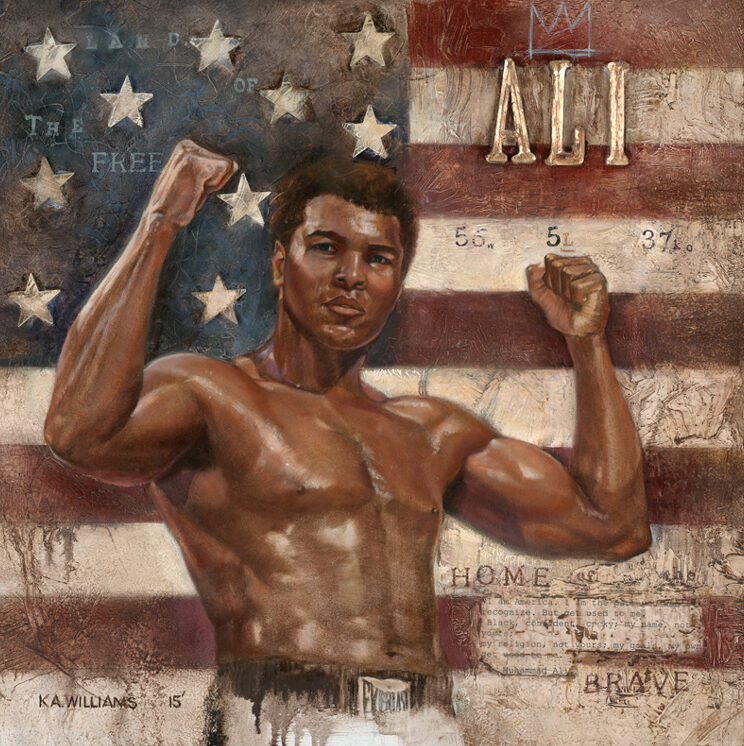 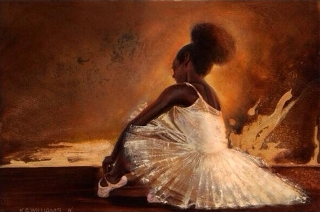 I Am A Man 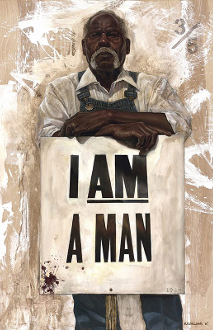 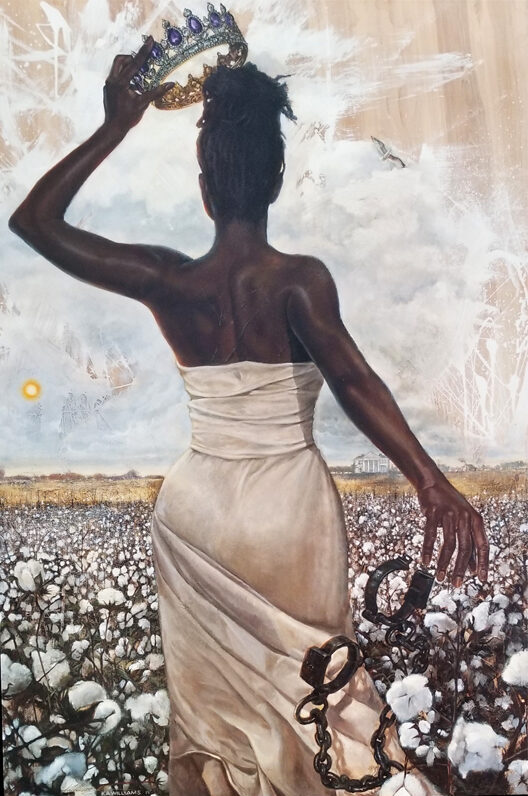