Tammie is an abstract artist whose medium of choice is acrylic on canvas. She was born and raised in Gary, Indiana in 1969. She is the forth born within a family of 5 sisters, and no brothers. As a child, I was the most energetic, and as her mother put it, “The first one up in the morning, and the last one to go to bed.” As an outlet, Tammie would draw, build, or create while her sisters had other things to occupy their time. While in high school Tammie took more of a liking to art and painting, and made sure that was her major. For summers her parents sent her to Chicago for a summer art camp at the famous Chicago Art Institute, and it opened her eyes to a broader love for painting, but and she knew with her parents income that they couldn’t afford to send her there for College. She instead applied to and was accepted at the American Art Academy in Chicago. After learning she missed the deadline for scholarships, and that the tuition was also unaffordable for her parents ($18,000 annually) she declined the acceptance. Instead, Tammie continued her life by going to Rhema Bible College, getting married, having kids, getting a divorce, and getting her Bachelors in Workforce Leadership and Training at University of Louisville. She decided she would answer God’s calling and leave her dream of becoming an artist behind. She never once picked up a paintbrush, until 20 years later.

As Christmas was approaching in early December of 2013, Tammie with her four sisters traded names for Christmas gifts, and the sister’s name she received requested a painting for her living room wall. But there was a catch; she wanted Tammie to paint it! Without having painting anything within the last 20 years or so she was not sure she could pull it off, but to her surprise the painting came out wonderful, and started a snowball effect of producing more paintings for others. After receiving an adult diagnosed that she was very ADHD, she’s used painting as her outlet and relaxation.

“My style of abstract varies. I paint to release emotions and energy that seems to be bridled inside me. I don’t major on one style of painting because my passion is color. I love color!!! I love how colors make me feel, and expressing myself through color on canvas is sometimes the best way that I communicate. When I am painting it’s like nothing else matters; just me, my painting, and God” 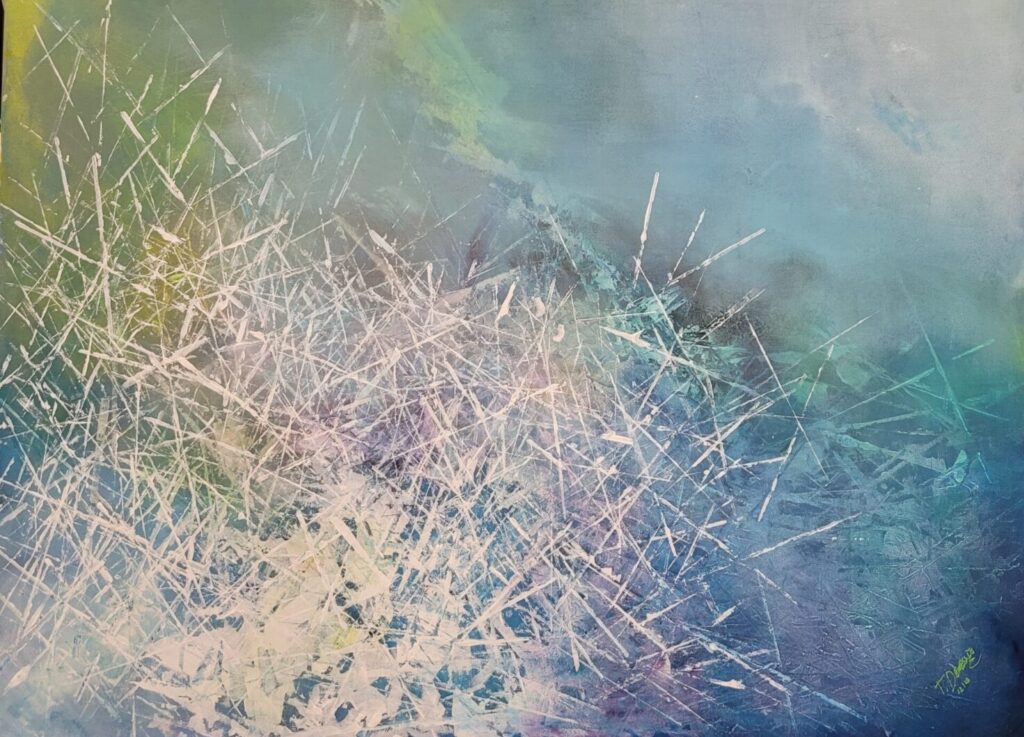 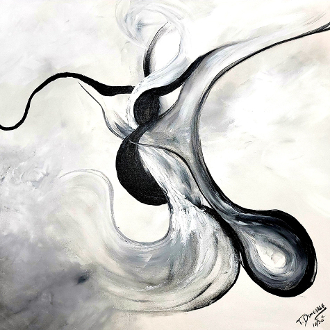 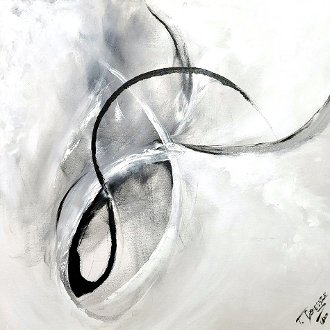 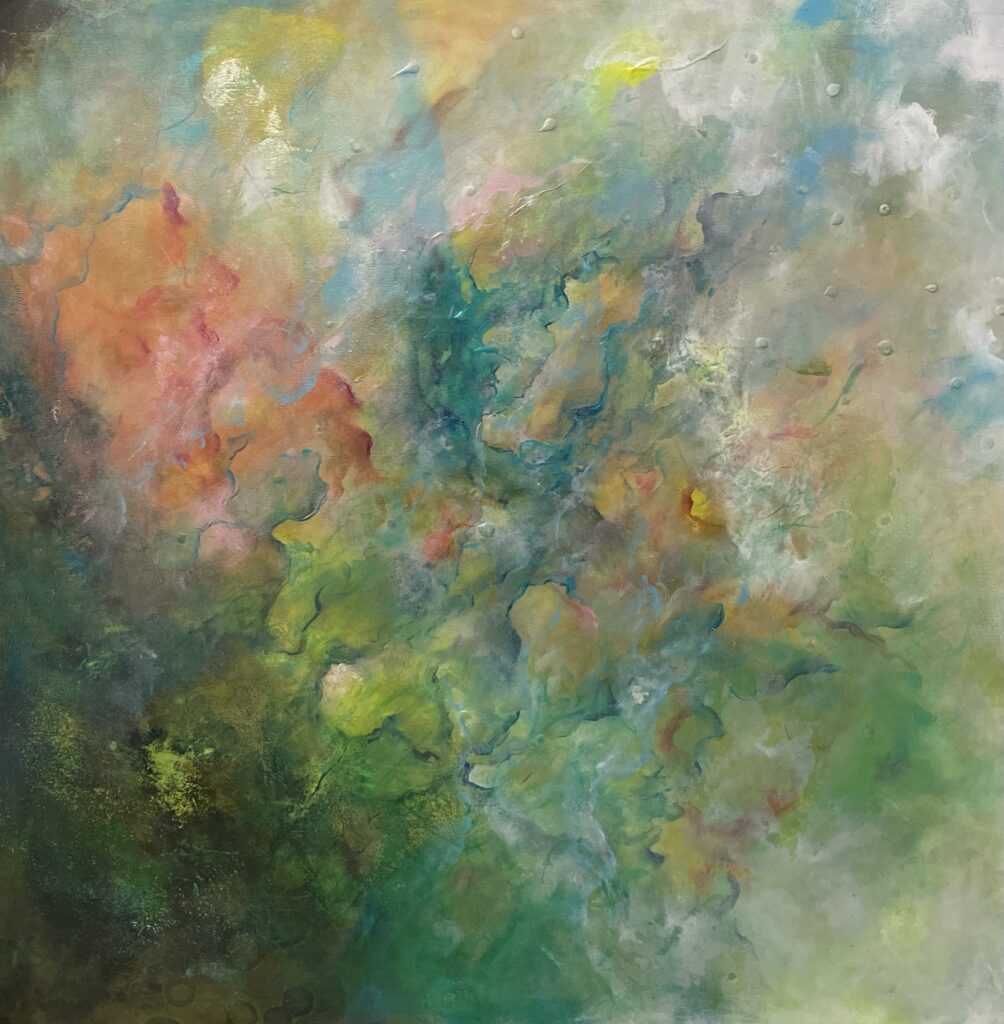 Take the Good with the Bad 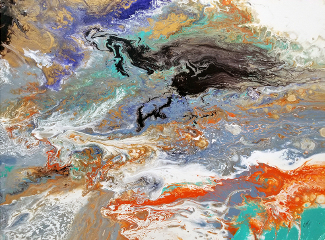 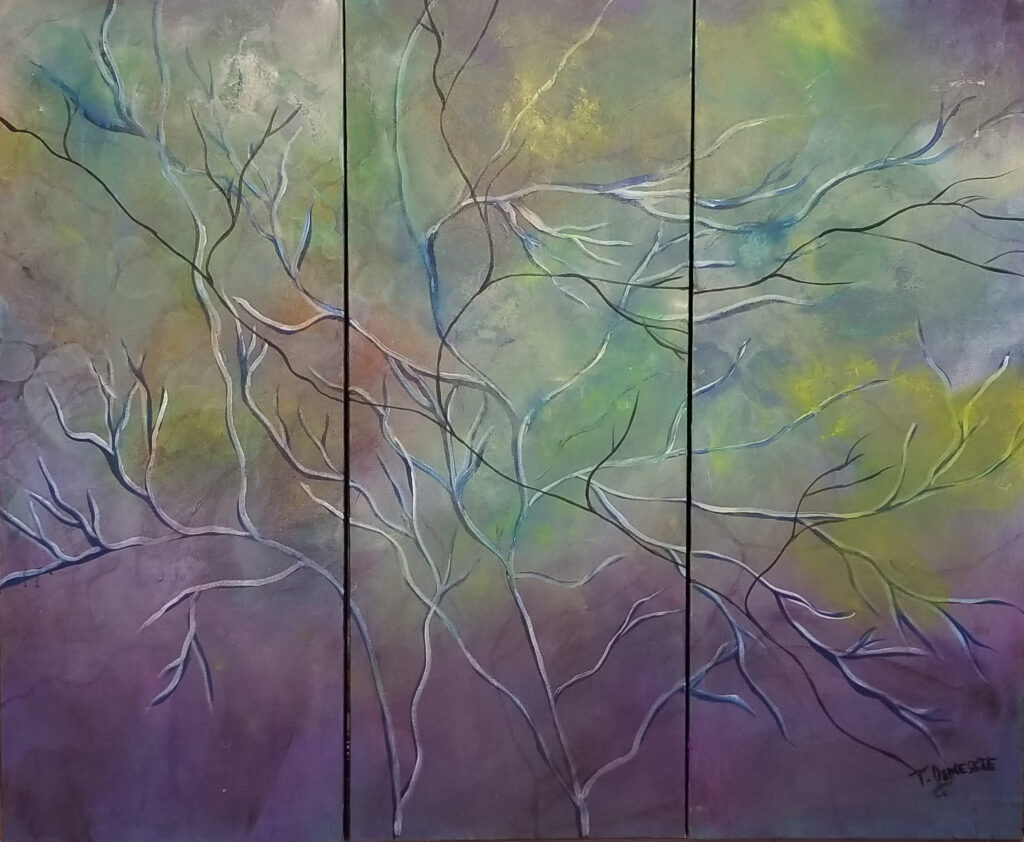