In the tradition of the great masters, Woodrow Nash’s consuming passion to elevate the human spirit takes the form of sculptures. He builds a sense of mystery and charisma into each sculpture. Through his pieces, Nash achieves his goal of integrating expression, complex symbolism and sophisticated aesthetics to yield striking embodiments of the human soul and sensuality. Some creative types seem to know what they want to do with their lives from the moment they are cognizant. For others, it is a fascinating, intellectual and emotional adventure, a journey of discovery – and a labour of love. Born in the late 40’s in Akron, Ohio, Woodrow Nash is the product of sanctified churches, 1950’s television images, and black inner city neighborhood schools run by predominantly white middle-class educators. The young student immersed himself in art during an era when artists sought nothing less than old-fashioned honesty in their imagery. As a freelance artist, he painted murals for local institutions, and worked as an illustrator. In 1975, he abandoned Akron for the brighter lights of New York, where he became a fashion illustrator. There he also designed and illustrated record albums for jazz labels that represented such greats as Earl Fatha Hines, Cat Anderson, Arnett Cobbs and Jeff Lorber fusion. By 1977, armed with an Associate Degree in Commercial Art from Pels School of Art in New York City, he worked as a freelance illustrator. Less than a decade later, his artistic journey landed him back in Ohio working as a technical illustrator at Goodyear Aerospace Corporation, followed by a stint as an illustrator for American Greetings Corporation. In 1991, Woodrow moved to Madison, Wisconsin, and worked as a graphic artist, a trade that has undergone the full infiltration of computer and electronic imaging. While still an art form, it seemed light years away from the tactile expression offered by the manipulation of clay. I’m looking for that expression that cuts across a cultural grain. That attitude leads many artists into the bizarre and oblique; for Woodrow the search lead him to the very foundation of mankind – Africa and world tribal culture. Nash’s sculptures transmit human delicacies and inner harmony. Examining the contemporary male and female physique, he explores the body’s natural form and mythology. Incorporating various styles and techniques utilizing stoneware, earthenware, terracotta or porcelain, Nash’s work is fired electronically, pit fired or via a “raku” effect – creating an “African Nuveau” trademark that’s solely his own. While the images are African, in general, the concept is 15th century Benin with the graceful, slender proportions and long, undulating lines of 18th century Art Nouveau. In his pieces, Nash achieves his goal of integrating expression, complex symbolism and sophisticated aesthetics to yield striking embodiments of the human soul and sensuality. Today, the work of Woodrow Nash is collected internationally. His collectors’ demographics have no racial boundaries, and include everyone from working professionals to affluent sports figures and entertainment superstars. 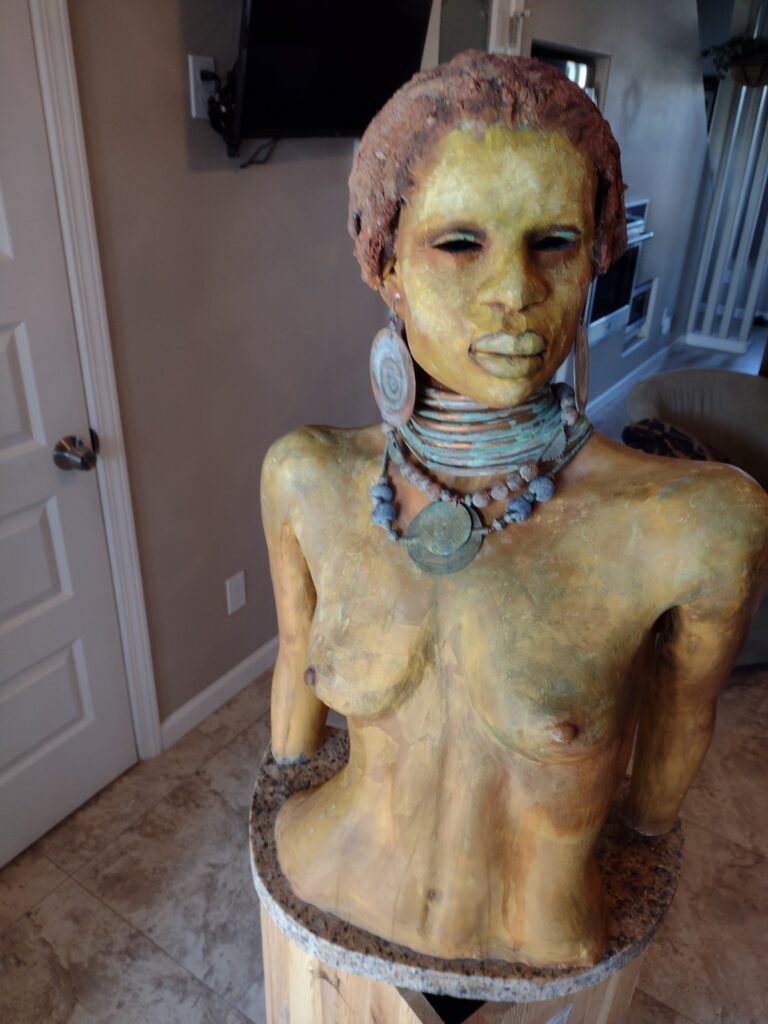 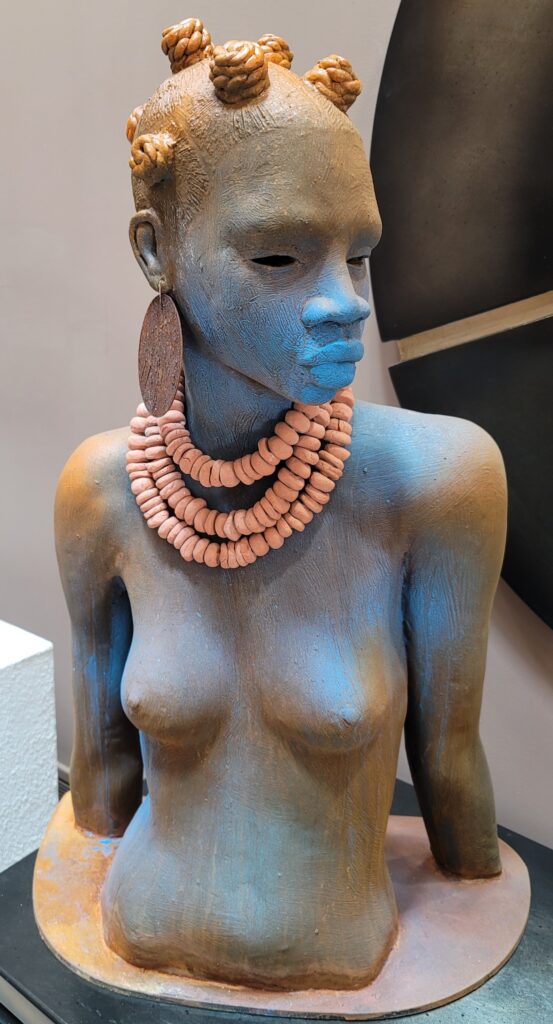 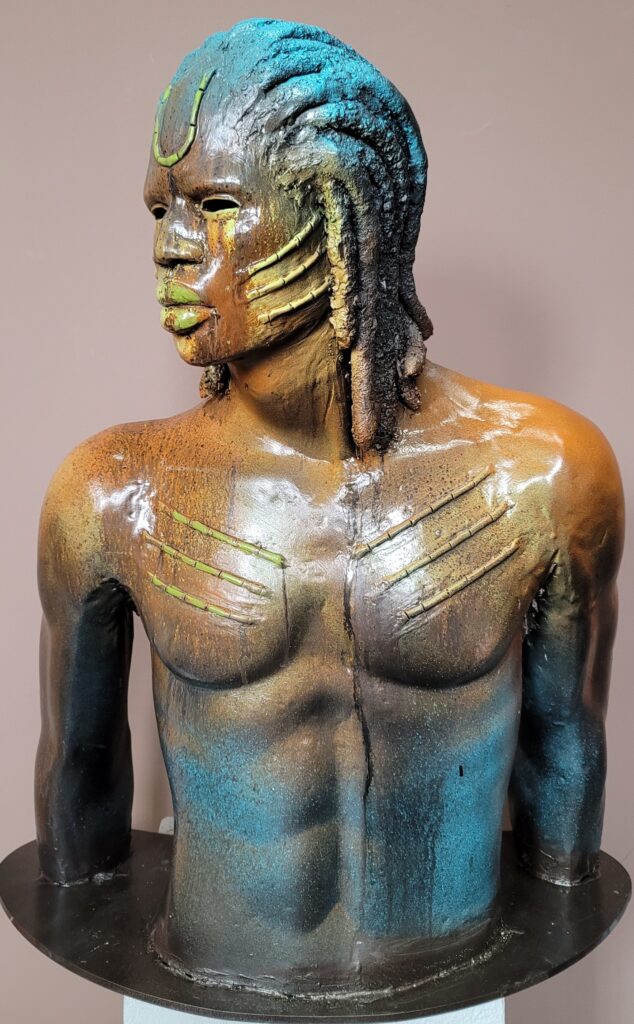 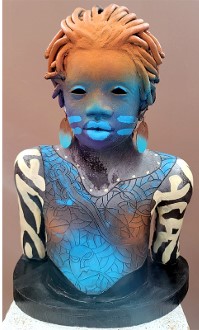 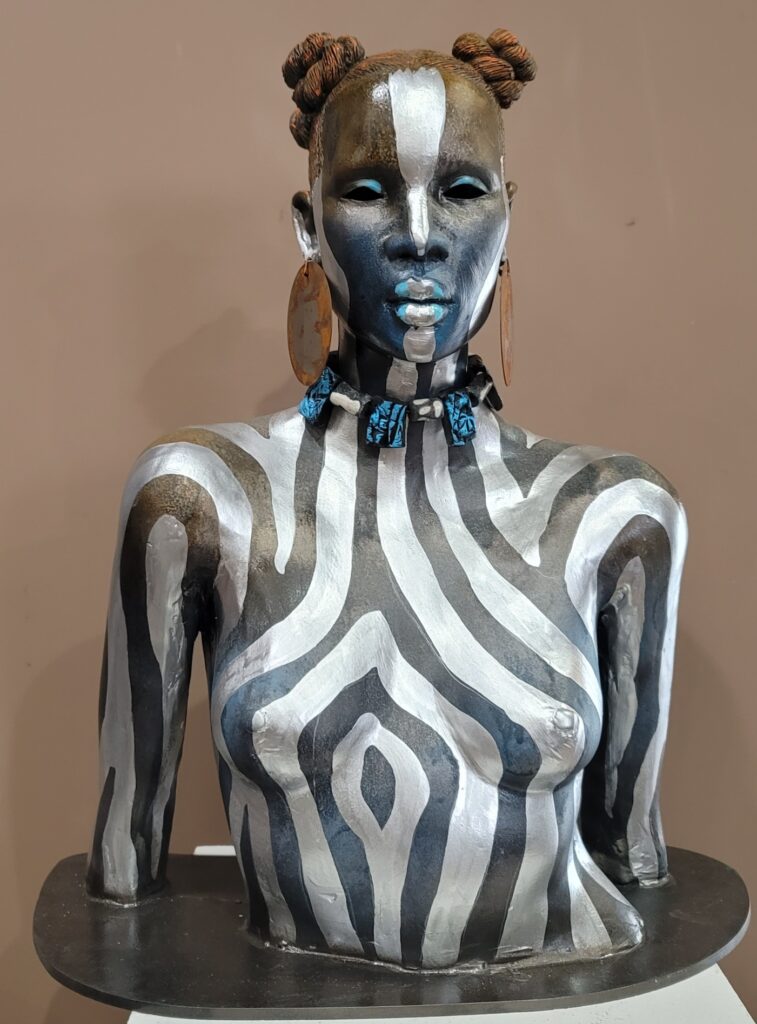 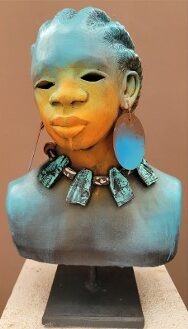 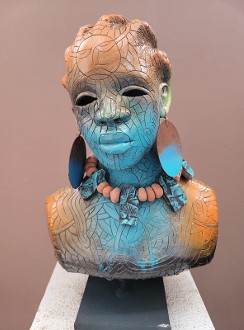 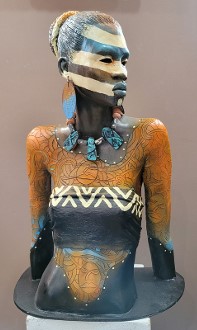 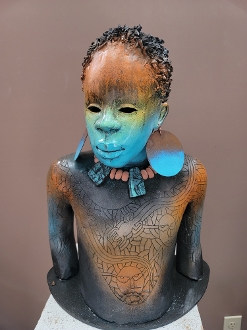 Darik, Ruler of the People (SOLD) 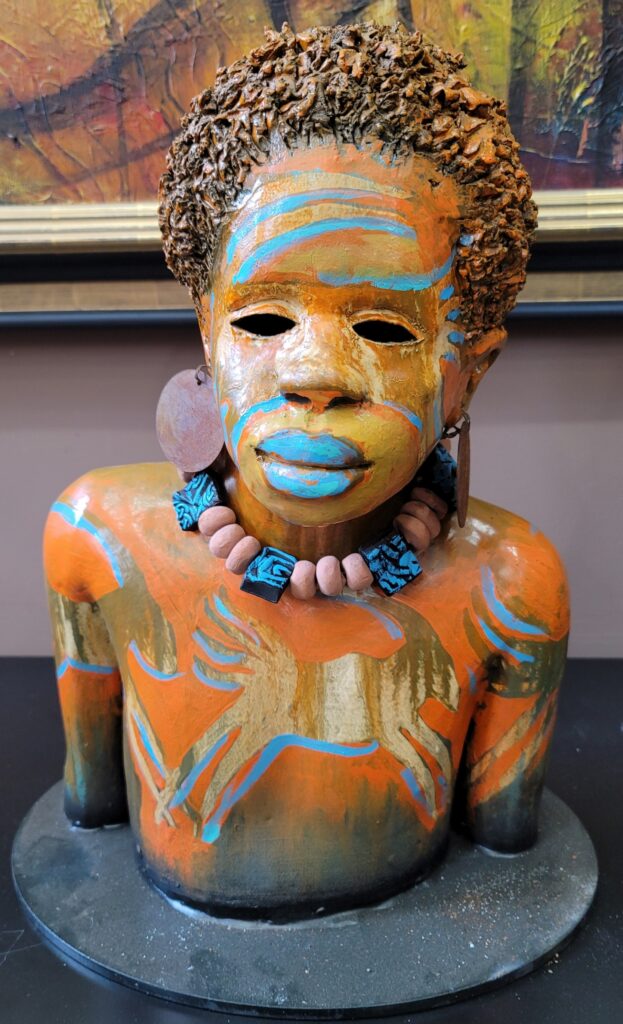 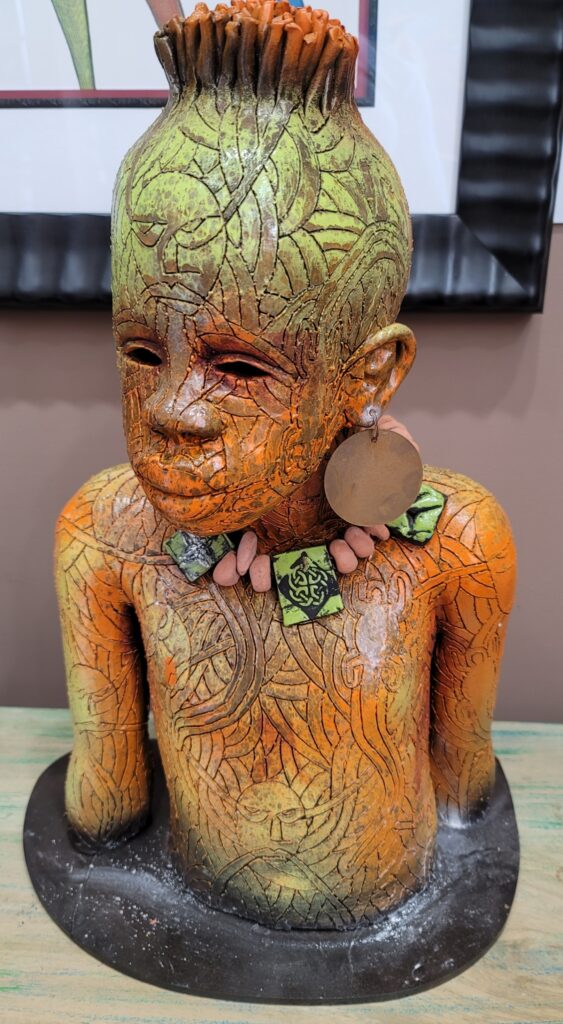 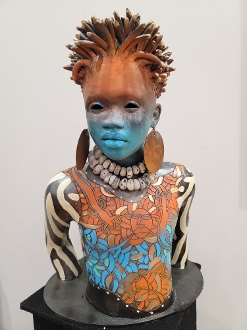 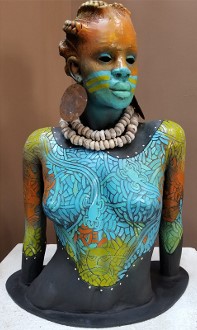 Emai (Precious one) Call for price 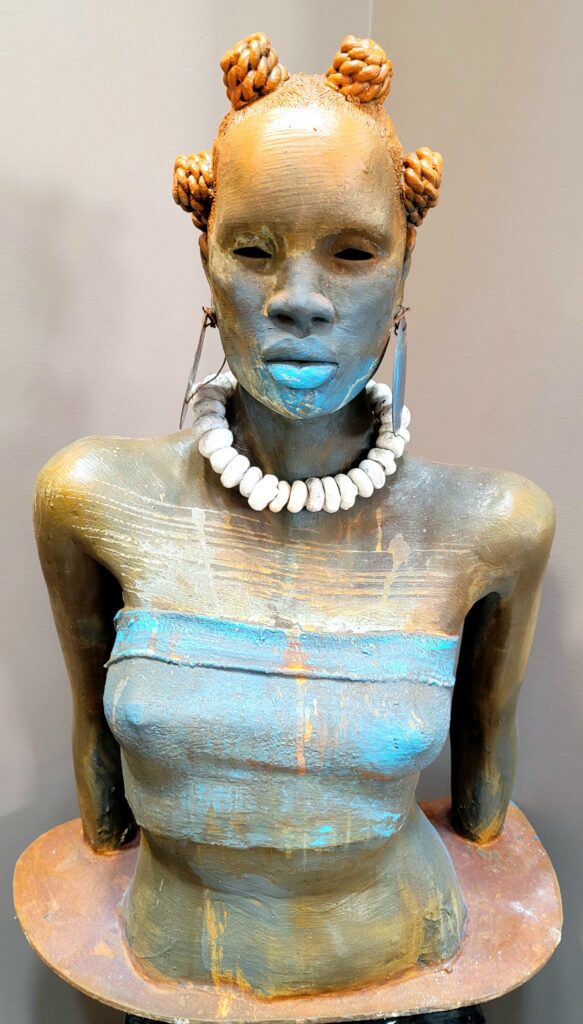